Loweboy is a proud supporter of 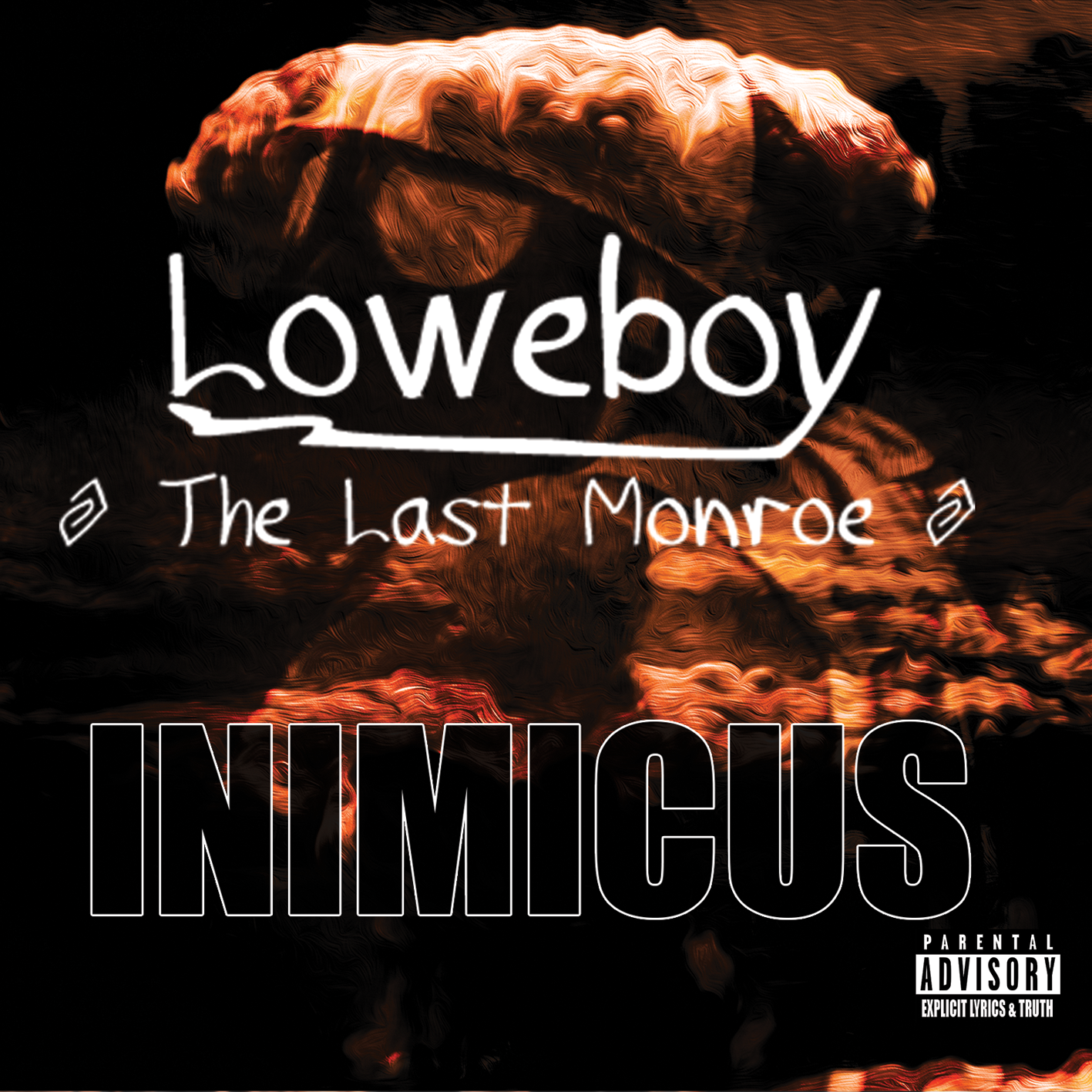 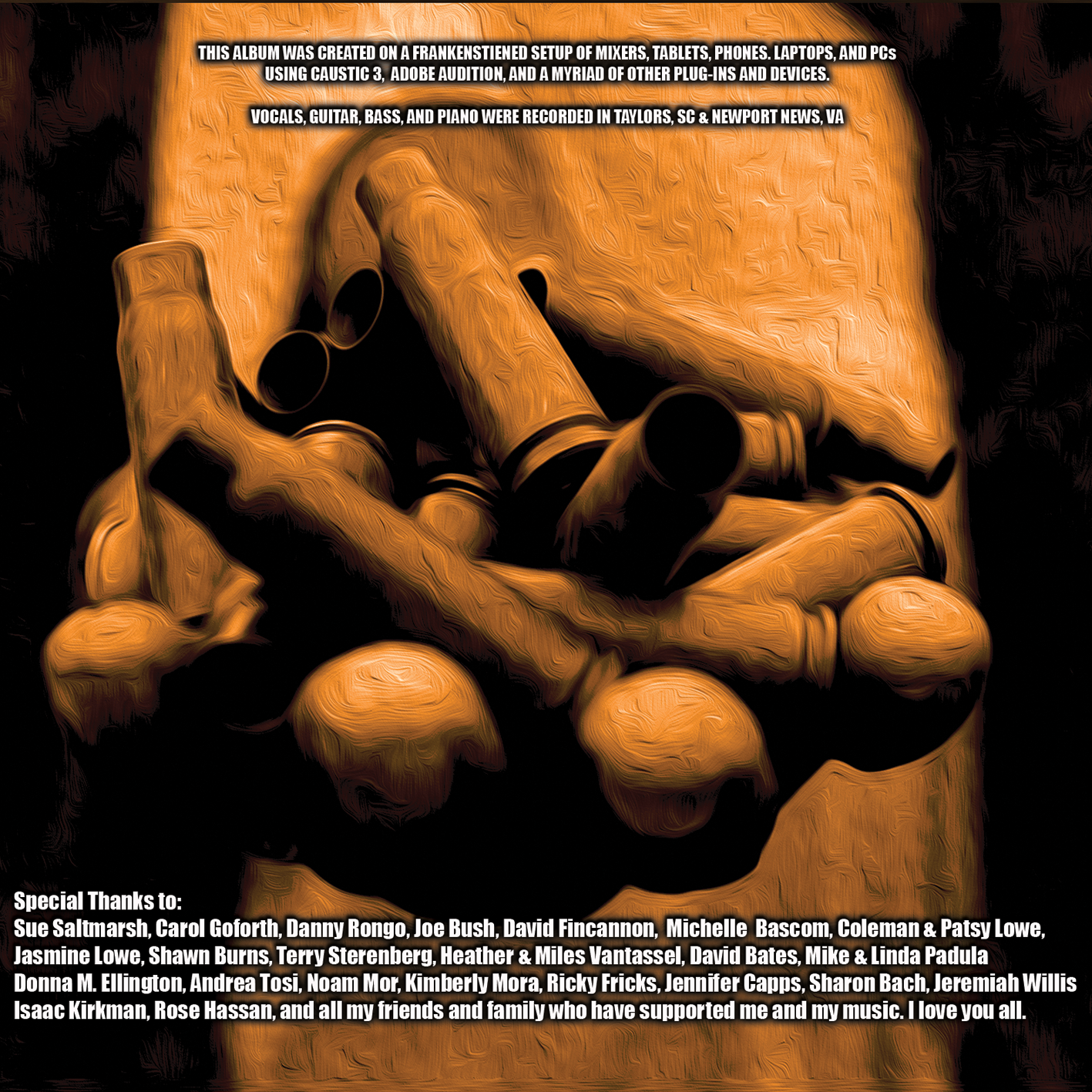 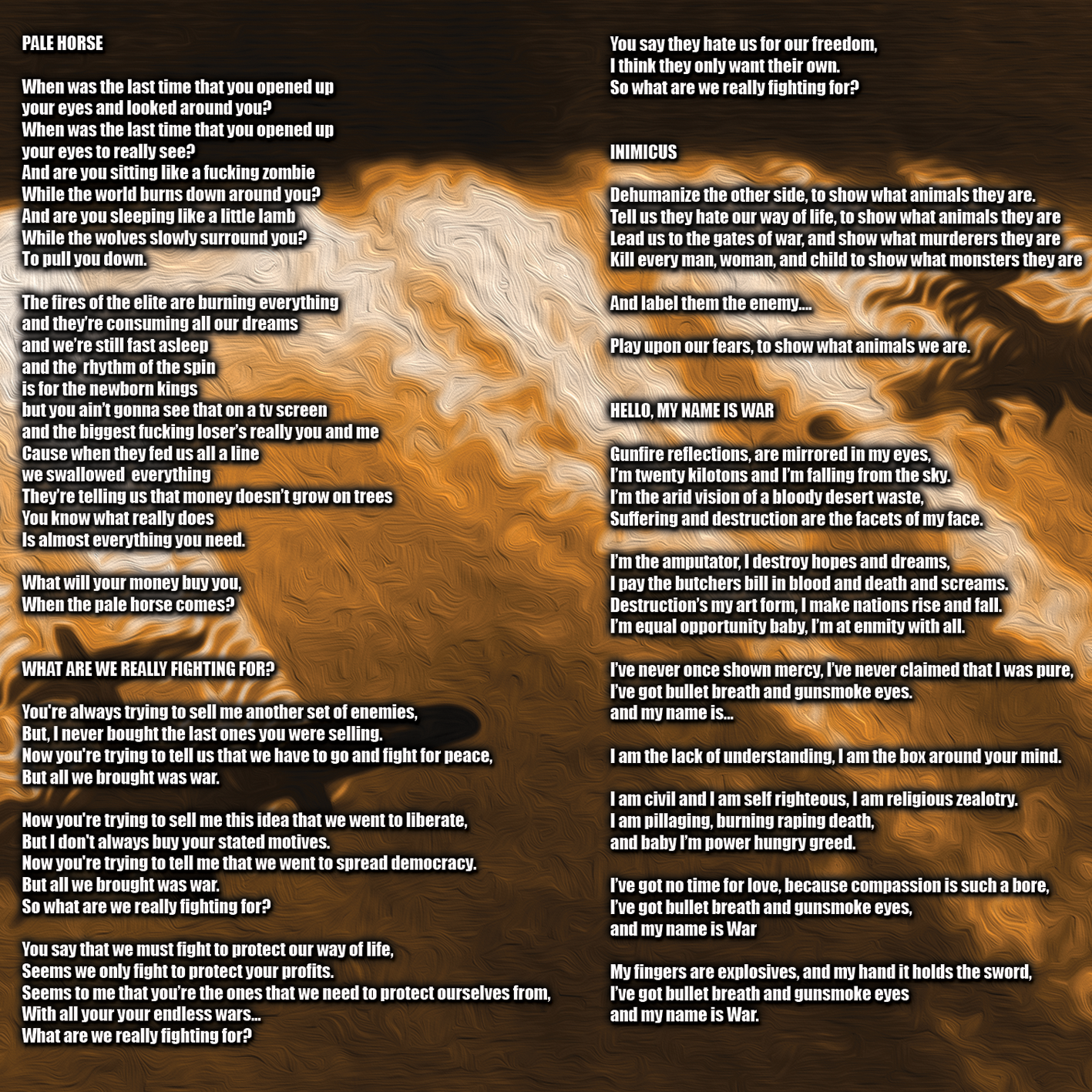 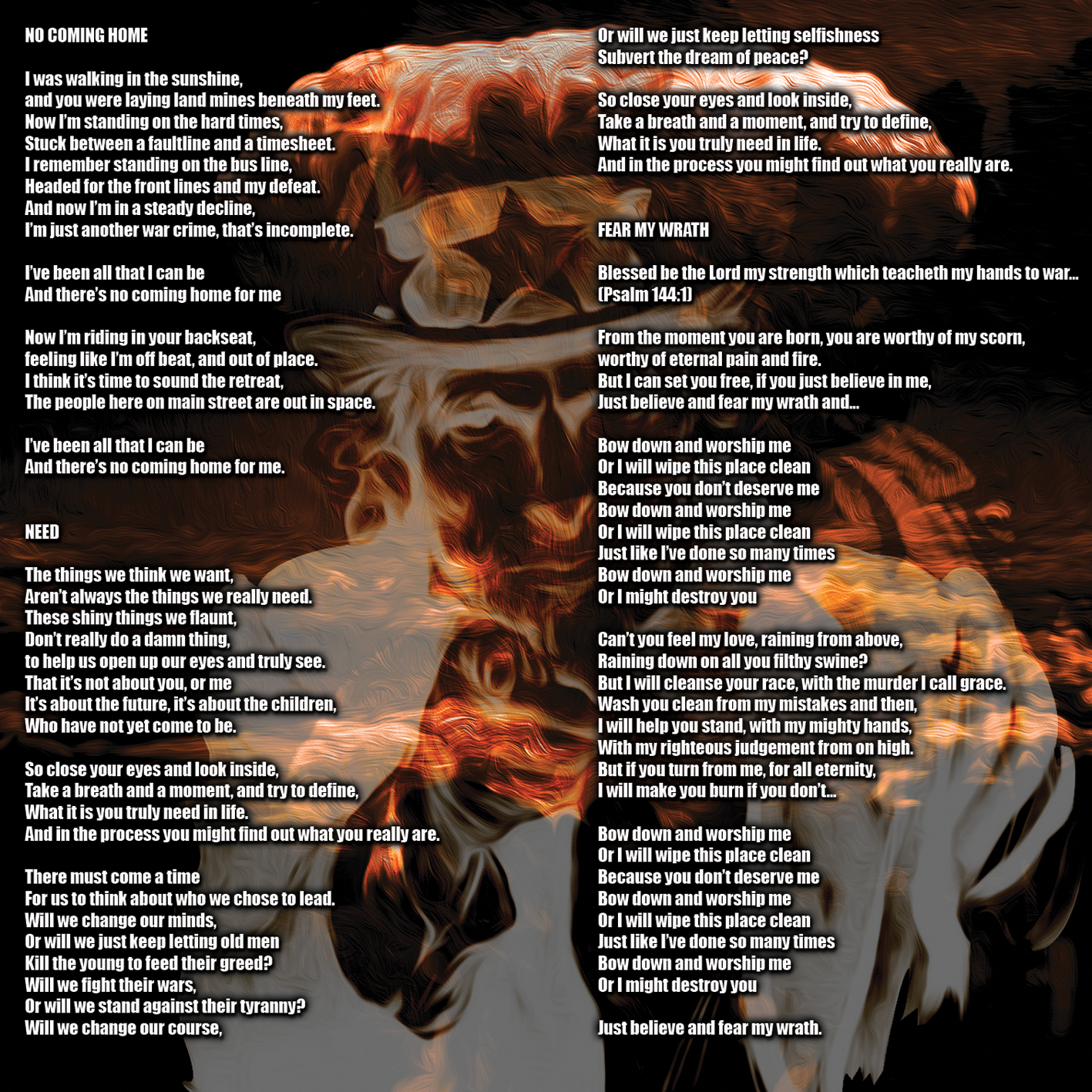 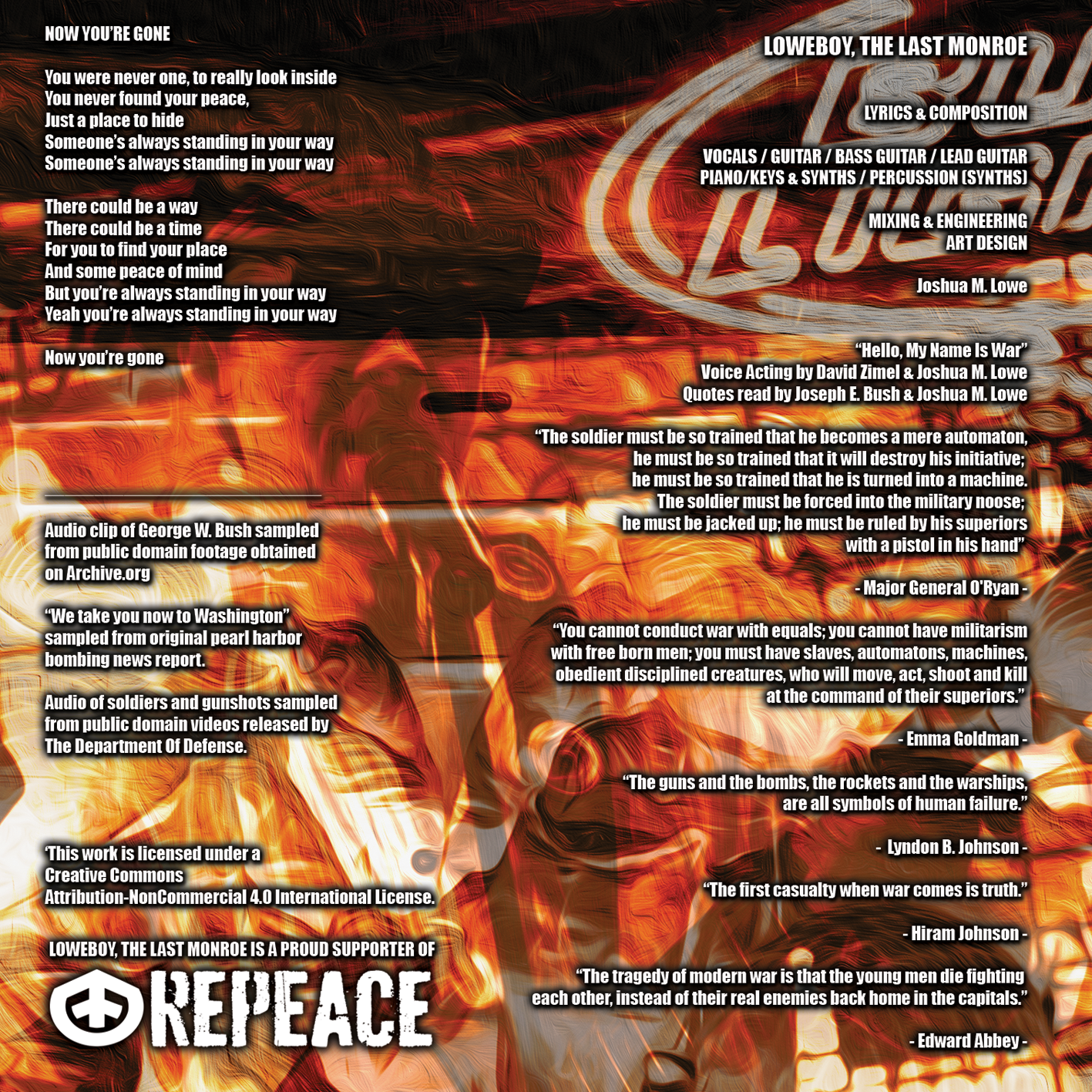 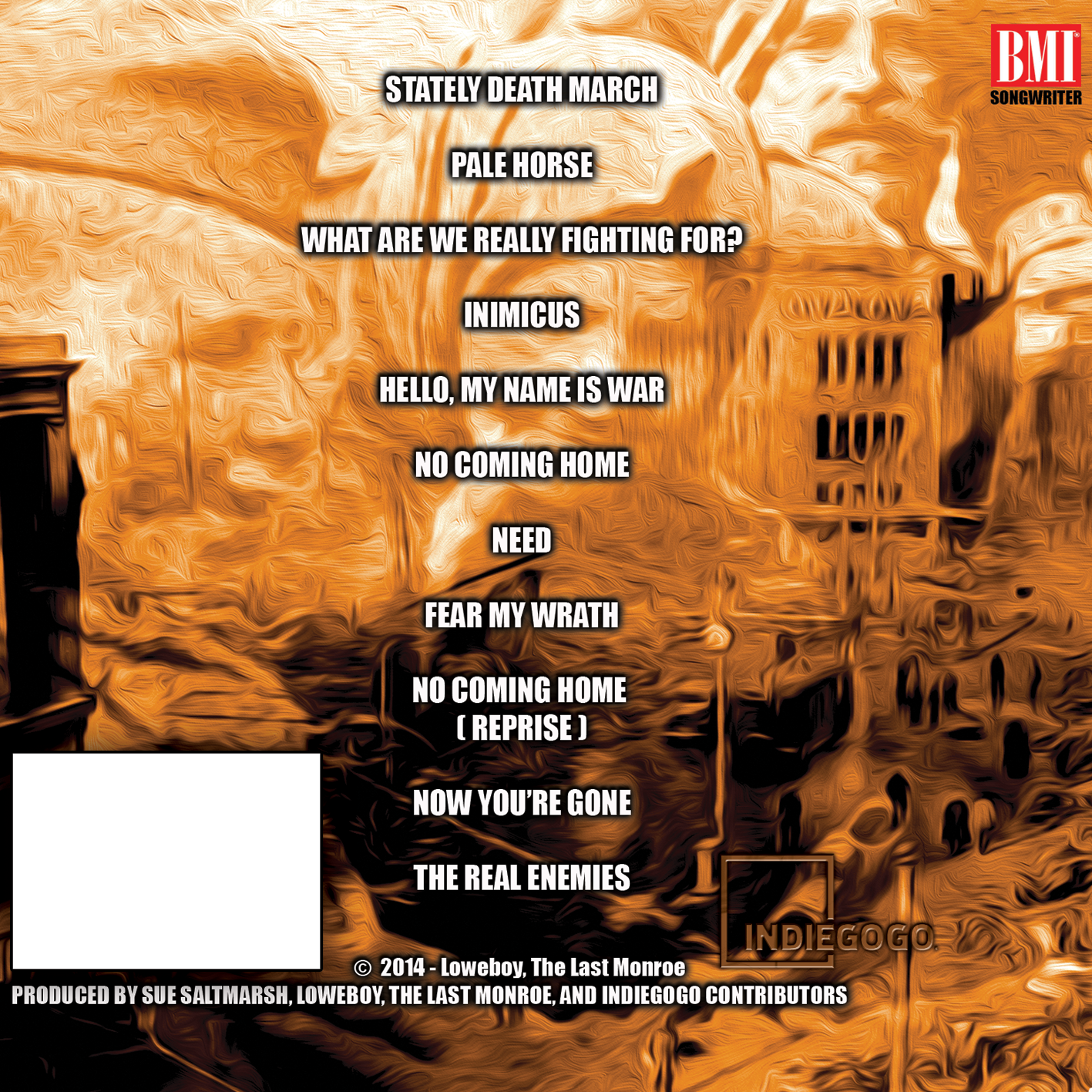 THIS ALBUM WAS CREATED ON A FRANKENSTEINED SETUP OF MIXERS, TABLETS, PHONES. LAPTOPS, AND PCs USING CAUSTIC 3, ADOBE AUDITION, AND A MYRIAD OF OTHER PLUG-INS AND DEVICES. VOCALS, GUITAR, BASS, AND PIANO WERE RECORDED IN TAYLORS, SC & NEWPORT NEWS, VA

“You cannot conduct war with equals; you cannot have militarismwith free born men; you must have slaves, automatons, machines,obedient disciplined creatures, who will move, act, shoot and killat the command of their superiors.” – Emma Goldman –

“The guns and the bombs, the rockets and the warships,are all symbols of human failure.” – Lyndon B. Johnson –

“The first casualty when war comes is truth.” – Hiram Johnson –

“The tragedy of modern war is that the young men die fighting each other, instead of their real enemies back home in the capitals.” – Edward Abbey –